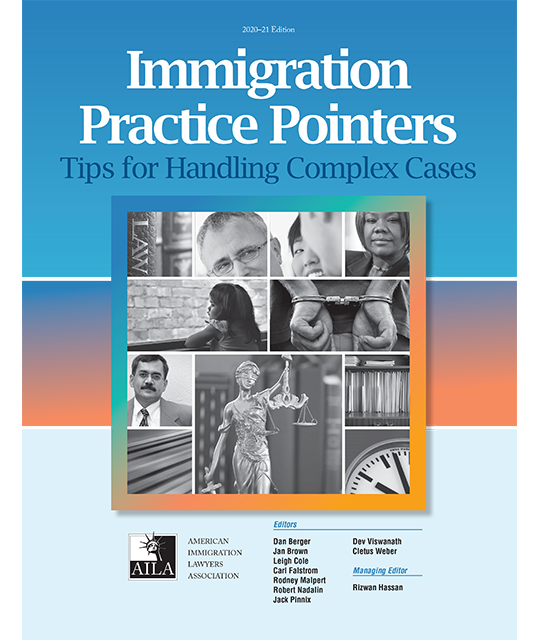 The 2020–21 edition of AILA's Immigration Practice Pointers includes over 1500 pages of practical advice and guidance from some of the most experienced and well-known immigration law practitioners in the country. This book offers original articles with cutting-edge analyses of a broad range of advanced immigration law topics in a clear and concise format. Written and edited by a team of recognized leaders in immigration law, these practice advisories provide "how-to" advice and expert analysis on:

NOTE: All attendees of the 2020 Annual Conference received an electronic version of Immigration Practice Pointers as part of their conference materials.

Dan Berger is a partner at the law firm of Curran & Berger in Northampton, MA, and a frequent speaker, editor and writer on immigration law. He won the 1995 American Immigration Lawyers Association (AILA) annual writing competition for an article on INS policies toward international adoptions. Dan has also been editor for AILA’s Immigration Practice Pointers (formerly the Immigration & Nationality Law Handbook) since 2000, and edited Immigration Options for Academics and Researchers (2005 and 2011 editions), the International Adoption Sourcebook, and the Diplomatic Visa Guide. He has written a wide variety of topics including on Outstanding Professor/Researcher green cards, temporary visa "d3" waivers, green cards for Iraqi and Afghan translators, use of DNA evidence in immigration cases, and the elements of immigration law for in-house legal counsel. He is a graduate of Harvard College and Cornell Law School. Mr. Berger is on the Editorial Board of Lexis/Nexis Law 360, a founding member of the American Alliance of International Entrepreneurs, and Honorary Member (and co-Chair of the International Committee) of the American Academy of Adoption Attorneys, and serves on the travel subcommittee of the National Association of Foreign Student Advisers. He has been quoted in various media including The Atlantic magazine and The Huffington Post. Mr. Berger developed his interest in immigration in college, where he studied immigration history and taught English to adult refugees.

Leigh Cole is a shareholder and director of Dinse, Knapp & McAndrew, P.C., in Burlington, VT. She also serves as Immigration Counsel with Hirschfeld Kraemer LLP in Los Angeles and Santa Monica, California. Her practice consists of representing U.S. educational and health care institutions and companies employing foreign nationals in the United States, and advising F-1 and J-1 sponsors and hosting organizations on immigration for international students and scholars. She received a B.A. from Cornell University in 1985 in government and international trade policy, and a J.D. from Albany Law School of Union University in 1991, where she served as editor-in-chief of the Albany Law Review. Ms. Cole is a member of the National Association of College and University Attorneys (NACUA) and NAFSA: Association of International Educators. She is a frequent speaker and author on immigration topics. She has served as an editor of AILA’s Immigration Practice Pointers (formerly the Immigration & Nationality Law Handbook) since 1999.

Rizwan Hassan is senior legal editor at AILA. Prior to joining AILA, he was a science writer and editor for a journal published by the National Institutes of Health. He earned a B.A. in Biology and History from Boston University, received his J.D. from The George Washington University Law School, and is a member of the Maryland bar.

Rodney Malpert is a partner at Fragomen, Del Rey, Bernsen & Loewy, LLP in Phoenix and Silicon Valley. He is also an adjunct professor of business immigration at Arizona State Law School and formerly taught immigration law at Southern Methodist Law School. Mr. Malpert is in Who's Who Legal—The International Who’s Who of Corporate Immigration Lawyers. He is frequently sought for commentary, being interviewed for publications such as CNN Money Magazine, Business Week, and various newspapers. He publishes two loose-leaf treatises: Business Immigration Law: Strategies for Employing Foreign Nationals, and Business Immigration Law: Forms and Filings. Mr. Malpert is a 1986 graduate of Cornell University Law School.

John L. Pinnix is a past president of AILA and a founding member of AILA’s Carolinas Chapter. Mr. Pin- nix served on the Founding Board of the American Immigration Council (formerly AILF). Mr. Pinnix is Editor-in-Chief of Ethics in a Brave New World—Professional Responsibility, Personal Accountability, and Risk Management for Immigration Practitioners (AILA, 2004). He attained B.A. and M.A. degrees in History at the University of North Carolina at Greensboro and his J.D. at the Wake Forest University School of Law. He has taught at the North Carolina Central, Duke, and Elon University law schools. Mr. Pinnix is a principal in the Raleigh, N.C. law firm Allen, Pinnix & Nichols, P.A., and is a North Carolina Board- Certified Immigration Specialist.

Dev Banad Viswanath is the principal attorney of the Banad Law Offices, P.C., with offices located in Manhattan and Queens, New York and in Bangalore, India. Mr. Viswanath obtained his undergraduate degree from Boston University and his J.D. from Pace University School of Law in White Plains, NY. He is admitted to practice in both New York and New Jersey, and in the New York Southern & Eastern Districts, the New Jersey Federal District Court, and the U.S. Court of Appeals for the Second Circuit. Mr. Viswanath has represented individuals and corporations from all over the world in various stages of the immigration and nationality process. Mr. Viswanath currently is of counsel to Morgan, Levine, and Dolan P.C., a firm handling primarily personal injury matters. In addition, he is the general counsel to International Television Broadcasting, Inc. (ITV) and the Heart & Hand for the Handicapped (HHH). He has also taught classes/seminars on U.S. immigration, consular, and nationality law to both lawyers and non-lawyers, both in the United States and abroad. Since 2009, Mr. Viswanath has been a trustee to the Rashtreeya Shiksana Samithi Trust (RSST), which runs over 16 educational institutions under the Rashtreeya Vidalaya (RV) banner. He is also a board member of the Hollis Hills Civic Association, a community civic group.

Cletus Weber co-founded Peng & Weber, PLLC in the Seattle suburb of Mercer Island, WA and previous- ly chaired AILA’s Washington State Chapter (2005–06). In addition to chairing AILA’s national Board of Publications and writing the "Unsolicited Advice" column for AILA’s online publication VOICE: an Immigration Dialogue, he has served as associate editor of AILA’s Immigration Practice Pointers (2010–12), associate editor of AILA’s Immigration Options for Investors & Entrepreneurs, 2d Ed. (2010), and editor-in- chief of AILA’s Manual on PERM Labor Certification: Strategies, Samples, and Guidance for Achieving Success (AILA 2011). He also serves as a member of AILA’s EB-5 Conference Committee and is a frequent speaker at AILA’s national EB-5 conferences. With a strong interest in categories that reflect his clients’ excellence, major contributions, or substantial investment in job creation and the overall improvement of the United States, his practice focuses on national interest waivers, aliens of extraordinary ability, outstanding professors or researchers, J-1 waivers, and EB-5 investors, as well as PERM and other employment-based immigrant and nonimmigrant visas. Mr. Weber earned his undergraduate degree with Beta Gamma Sigma honors at the College of William and Mary in Williamsburg, VA in 1986 and his law degree at George Washington University in Washington, DC in 1989. He was managing editor of the George Washington Law Review, 1988–89. Mr. Weber has written and spoken nationally and regionally on EB-5 investor visas, national interest waivers, nonimmigrant visas, overcoming visa backlogs, and law office management and technology issues. He has been quoted in The Seattle Times, Daily Telegraph (UK), HR magazine, Workforce Management, and other major media. 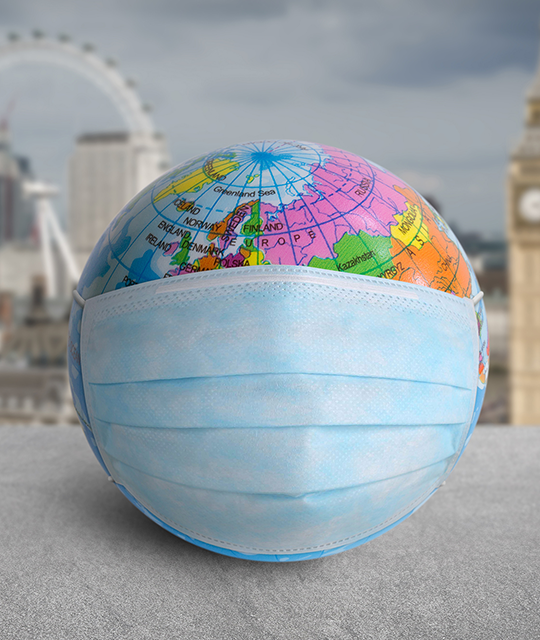 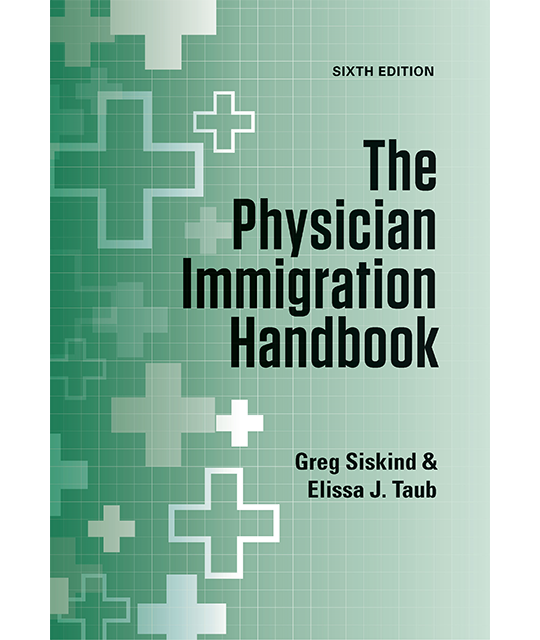 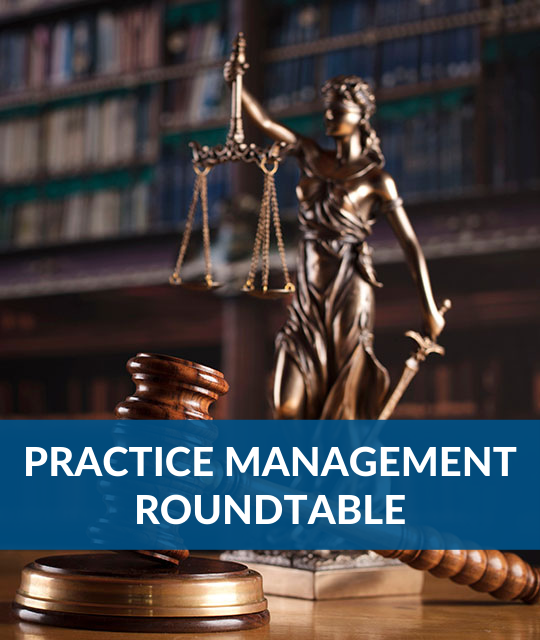 Roundtable
The Hidden Benefits of Client Surveys: How to Set Up Your Client Feedback & Testimonial System in Two Hours 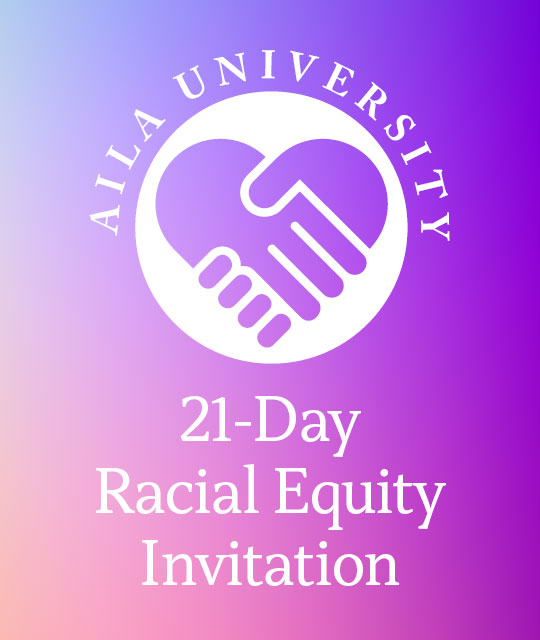 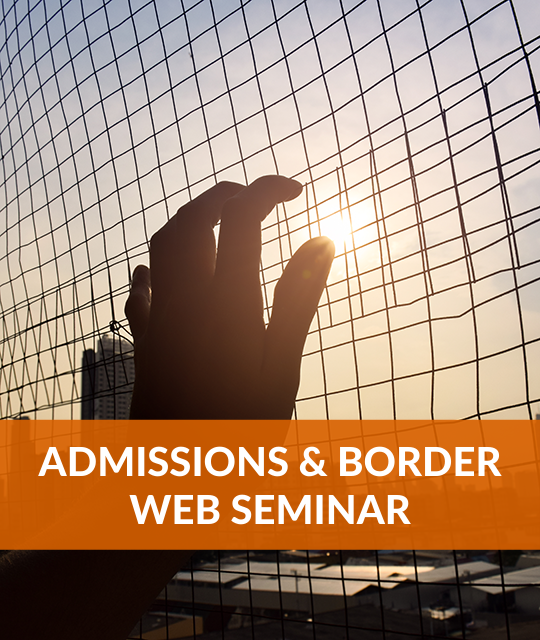