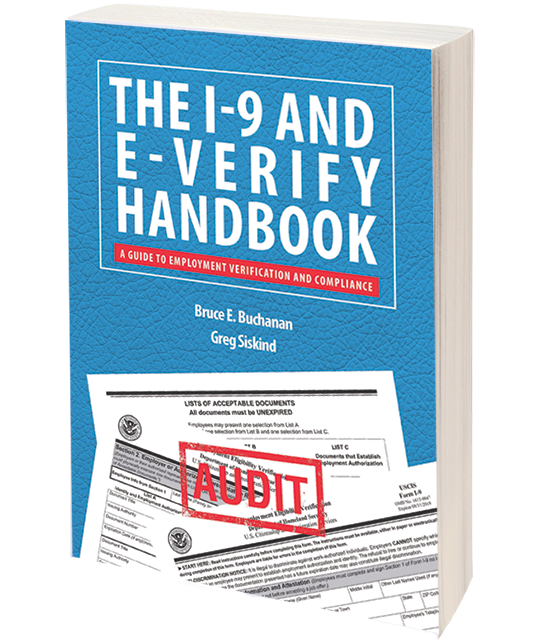 The I-9 and E-Verify Handbook: A Guide to Employment Verification and Compliance

Two of the nation’s top business immigration and employment/labor attorneys, Bruce E. Buchanan and Greg Siskind, have written The I-9 and E-Verify Handbook: A Guide to Employment Verification and Compliance, which serves as a one-stop shop for those who need to know the intricacies of the latest I-9 form, the E-Verify process, and anti-discrimination laws and regulations governing the U.S. workforce. The book provides a thorough overview of the government’s system for verifying that employers are not hiring individuals who lack the legal authorization to work in the United States.

The Handbook is organized in an easy-to-understand, question-and-answer format with illustrations, checklists, and sample documents, which give the reader the tools to implement and improve any immigration compliance program. Because Buchanan and Siskind have represented U.S. employers in immigration, employment/labor law, and worksite compliance, they have written The I-9 and E-Verify Handbook as a guide for human-resource professionals, recruiters, attorneys, and even government officials who need to understand the array of compliance-related statutes and regulations.

Bruce E. Buchanan is a founding partner at Sebelist Buchanan Law PLLC with offices in Nashville and Atlanta. He represents employers and individuals in all aspects of immigration law, with a special emphasis on employer immigration compliance and employment/labor law matters. Additionally, he is Of Counsel to Siskind Susser PC regarding employer immigration-compliance matters.

Bruce has been interviewed by Bloomberg BNA, Workcompcentral.com, and WSMV-TV concerning various immigration-related stories. He has written articles for many publications, including LawLogix’s blog, LexisNexis Legal Newsroom, the Society for Human Resource Management’s website, Bender’s Immigration Bulletin, Law360, Employment Law Strategist, and The Tennessee Insurer magazine. For 20 years, Bruce served as senior trial specialist for the National Labor Relations Board. He also served for 12 years as adjunct professor at the William H. Bowen School of Law, University of Arkansas at Little Rock.

Bruce received his law degree from Vanderbilt University School of Law in 1982. He went into private practice in 2003 and was an attorney with Siskind Susser PC from 2012 to 2015, at which time he formed his own law firm and took Of Counsel status with Siskind Susser.

Because of Greg’s expertise, he has authored many pieces of immigration-related legislation and has testified as an expert before the U.S. Congress’s House of Representatives Immigration Subcommittee. He has authored several books, including The Physician Immigration Handbook (Alan House Publishing), the Society for Human Resource Management’s Employer’s Immigration Compliance Desk Reference, and LexisNexis’ J-1 Visa Guidebook.

Greg has been interviewed by USA Today, the Wall Street Journal, the New York Times, Time magazine, the Washington Post, NPR’s All Things Considered, National Law Journal, Forbes, Modern Healthcare, and Bloomberg BNA. Who’s Who in Corporate Immigration Law listed Greg as one of its top 10 most distinguished lawyers in North America, and Chambers and Partners listed him as one of the top 25 immigration lawyers in the United States.

Greg is the current chair of the International Medical Graduate Taskforce (www.imgtaskforce.org), a physician immigration bar organization in the United States. He is one of the founders of Visalaw International (www.visalawint.com), a global alliance of immigration lawyers. Greg also serves on the Board of Governors of the American Immigration Lawyers Association (www.aila.org).

Greg has been practicing law since 1990. He received his bachelor’s degree from Vanderbilt University and his law degree from the University of Chicago. 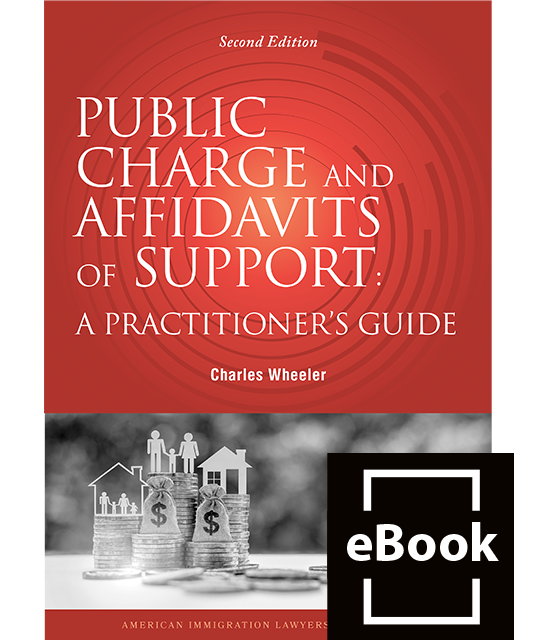 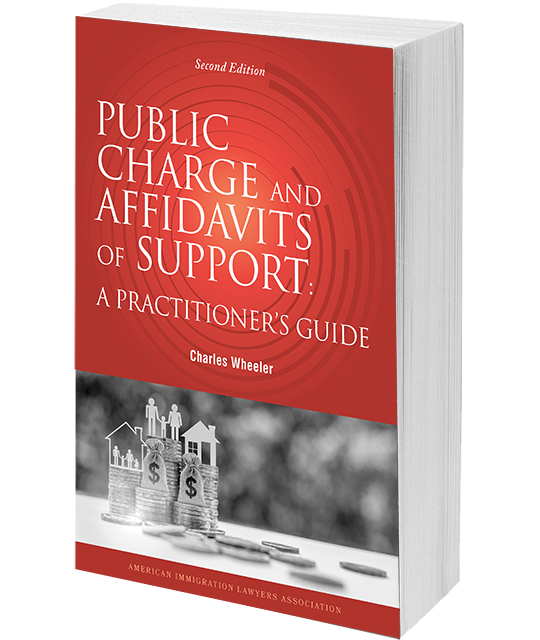 Publication
Public Charge and Affidavits of Support: A Practitioner's Guide 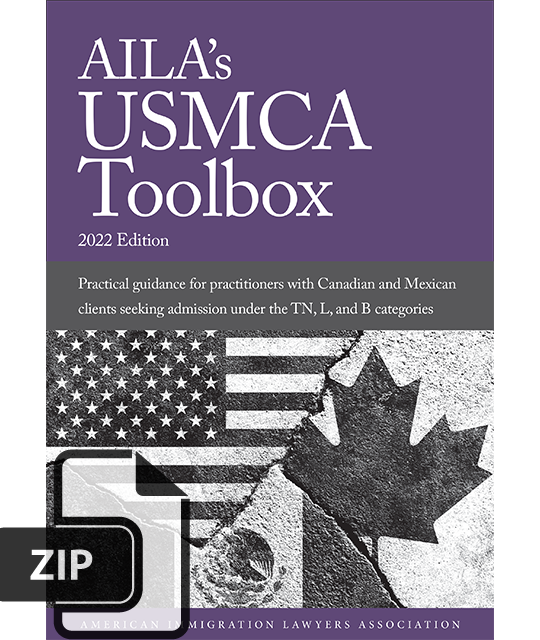 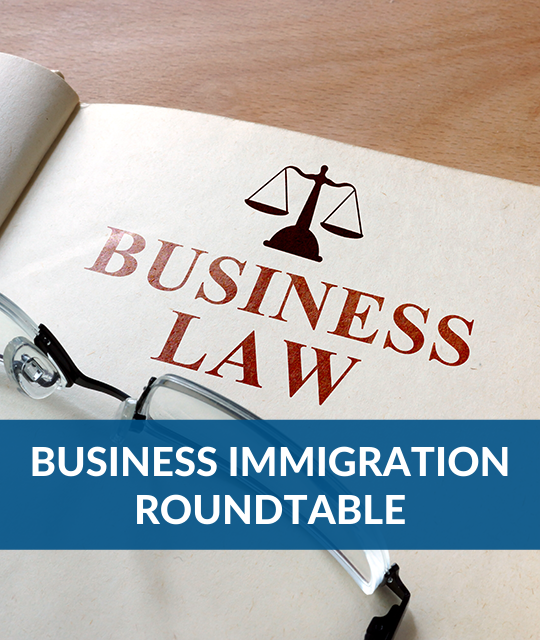 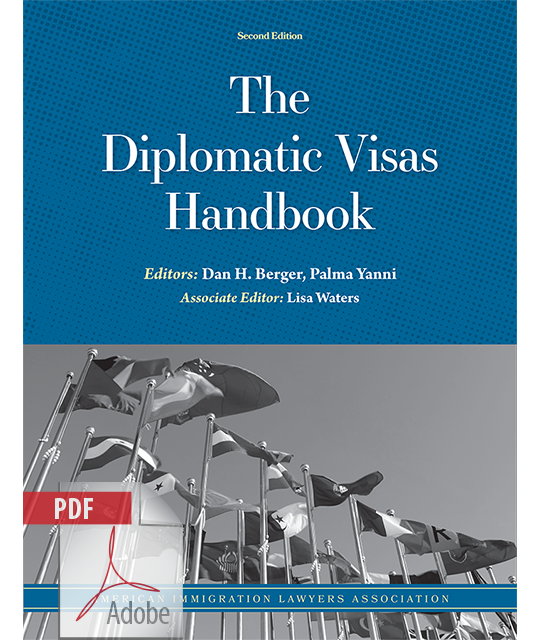 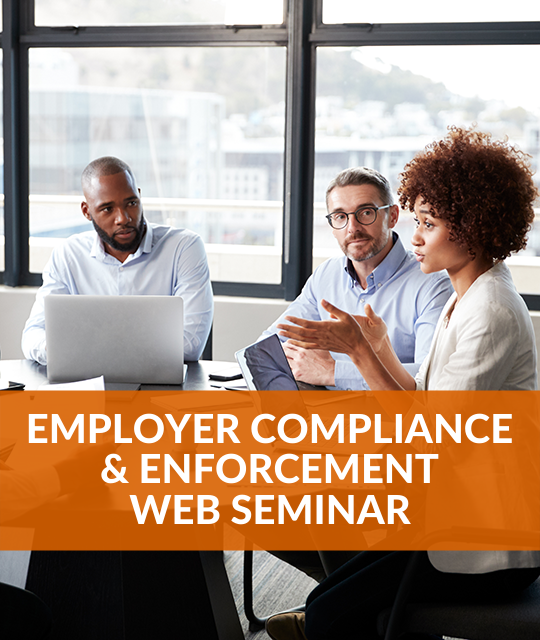